Looking for easy Easter craft ideas for kids? This pom pom chick is super cute, and really easy to make.

My friend Helen showed me how to make this Easter chick. I think it's just the sweetest. Thanks Helen! 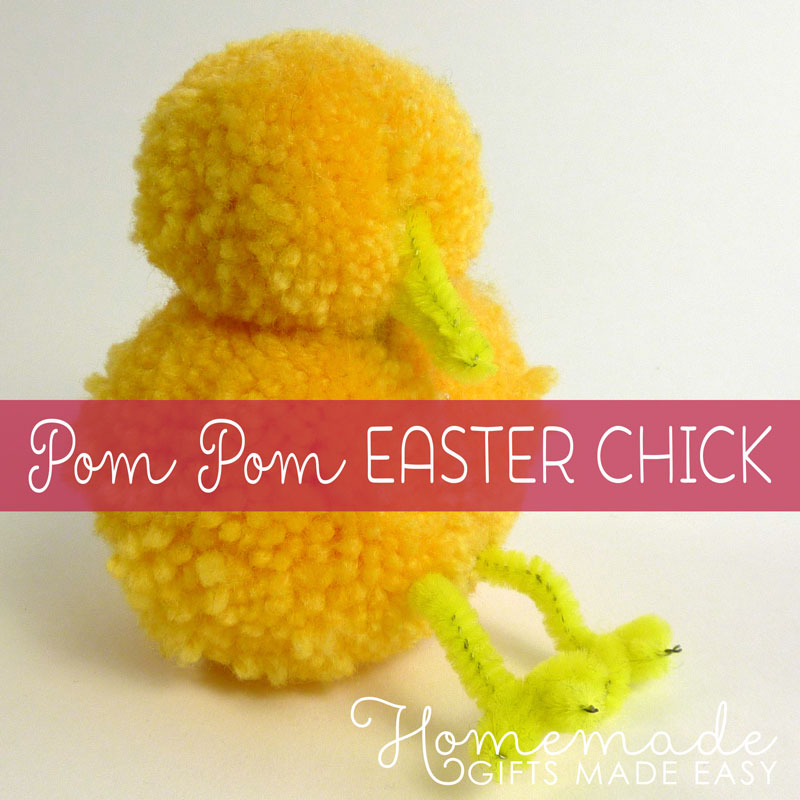 All you'll need for this easter craft idea is:

That's it! I love projects that don't need many materials :-)

Make two pom poms. Make one of them slightly bigger than the other.

Don't cut open your pom poms just yet. Leave them at the stage where they look like this:

Cut open the bigger pom pom, but leave the cardboard in place. Tie a piece of yarn around, between the cardboard circles. Your pom pom should now look like this: 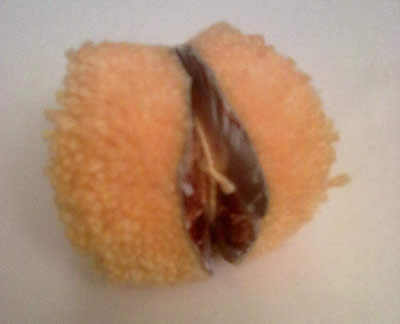 Wrap one of the pipe cleaners around the pom pom, between the two pieces of cardboard. Twist it a few times to hold it in place. It should look like this: 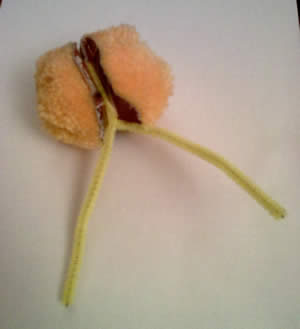 This pipe cleaner will becomes the chick's legs. 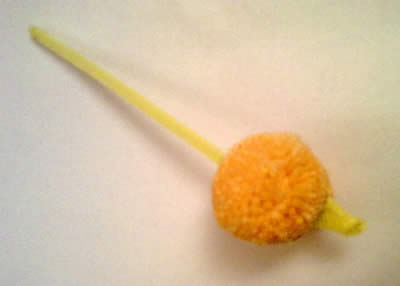 Now it's time to join the chick's head to its body.

See the long end of pipe cleaner in the pic from step 4? Wrap it around the big pom pom, in the space between the two pieces of cardboard. Your chick should now look like this: 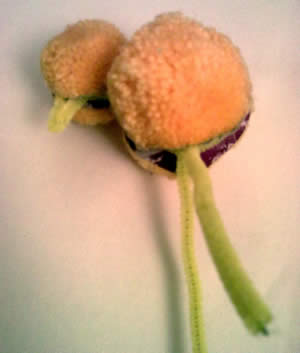 Tear away the cardboard pieces.

The final step is to make the chick's feet. Bend the pipe cleaner back and forth to make three-toed feet. Trim off any spare length of pipe cleaner with scissors or pliers. 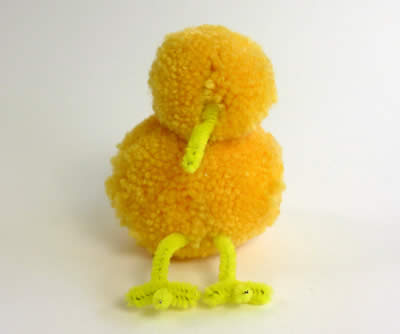 How did your Easter chick turn out? I hope you found these instructions clear. If you have any questions or comments, or just want to say hi, please contact me with this handy form .

Check out our other easy Easter craft ideas: