This grapefruit marmalade recipe takes only 20-30 minutes to make, and is delicious. It has a stronger, more "zingy" flavor than anything you're likely to find in the supermarket.

If you're looking for recipes to make homemade food gifts or homemade gifts in a jar, then this is a great one to start with!

This particular homemade jam recipe evolved when my husband tried " Margaret's Marvellous Microwave Method " for making strawberry jam, but using some grapefruits from my parent's garden. To our delight, the marmalade turned out very tasty. 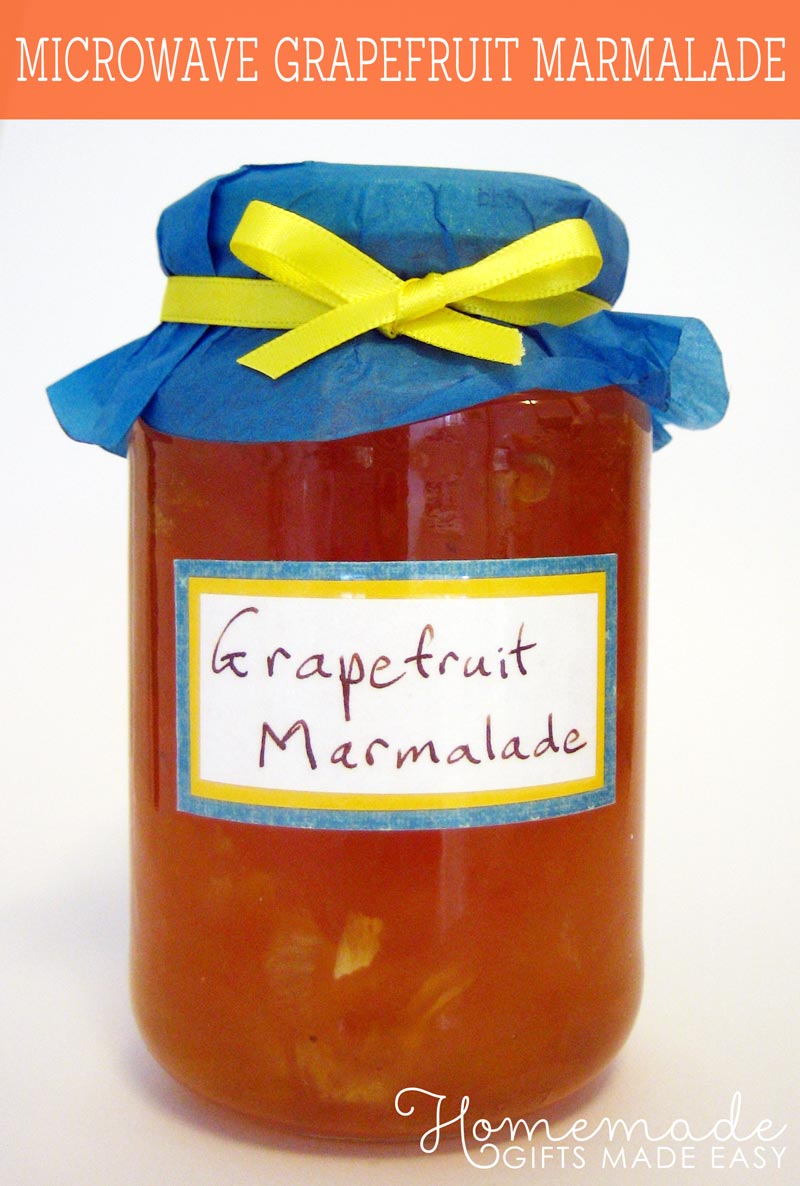 You can use special jam sugar if you like, but there's really no need, because grapefruit has plenty of pectin in it. (Pectin is the stuff that makes jam set.)

Some grapefruit marmalade recipes require you to soak the rinds overnight to soften them up. I've found that 20 minutes in the microwave softens them up just fine.

If your marmalade is going to be a gift, then dress it up nicely with some colored fabric/tissue and a ribbon :-)

Will it work with an old microwave?

I make this recipe using a fairly modern 1100W microwave, but it also works with older, lower-power microwaves. Here's what one reader had to say:

"Hey, I made your marmalade last week in a very old (one of the 1st models out) microwave. It was awesome. I did have to add an extra 1/4 cup of sugar to the mix. I love the simplicity of it. None of this waiting 24 hours to soak business! YEAH Right On!!!"

"P.S. I made another batch with added mandarins, as my neighbours tree is full of them, but this time I boiled it on the stove. Very nice taste."

You can also add a mix of other citrus to your marmalade. Thanks to our readers for sending in these recipes!

It turned out a pretty color from the pink grapefruit and it does taste like marmalade!

"I love marmalade! I make a mixed fruit variety.

I mix orange, lemon and grape fruit. I peel and slice it very thinly then boil it till soft, throw the water, add the flesh of the 3 fruits and an equal amount of raw sugar microwave on high for 20 minutes. Then I pour in sterilised jars.

I hope you enjoyed this grapefruit marmalade recipe as much as I do! Here are some other recipes I think you might enjoy: