Give your sweetheart a pleasant surprise by including one of these pretty money hearts their Valentine's Day card ("treat yourself to something nice, honey!"). Or personalise your cash wedding gift by folding it into the most universally recognised symbol of love :-)

This decorative dollar bill origami money heart has a cute star-burst pattern in the centre. It looks more flamboyant than the simple version, and is only a little trickier to fold.

Here's a full-sized photo of the finished heart:

Now for the instructions. I'll show picture instructions first, but if you like you can skip ahead to the video instructions . By the way, if you've never tried folding money before, perhaps you'd like to build your confidence by starting on the simpler heart .

You can adapt this origami to make heart-shaped love notes.

The folding is slightly different so I wrote a separate page about how to make origami heart love notes . 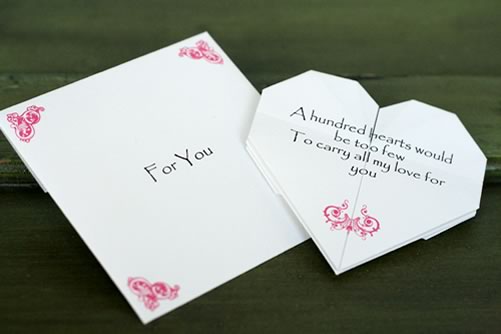 A wise person once told me, "bit by bit, one by one, suddenly, job is done!". No, wait, it wasn't a wise person, I saw it written on a fridge magnet. Anyway, don't be alarmed by the number of steps. Just take them one at a time. 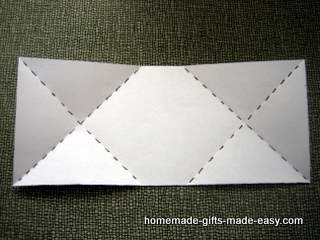 Step 1 : Fold and unfold along the dotted lines shown here. Folds are at 45 degrees, so they bring the side of the paper into line with the top or bottom. 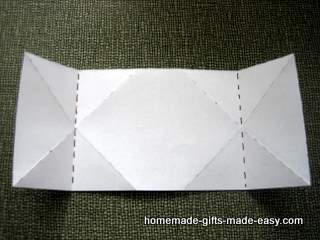 Step 2 : Turn the bill over, then fold and unfold along these dotted lines. Each fold goes through the centre of a 'cross' from the previous step. 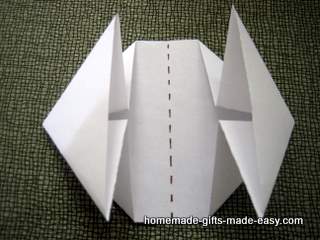 Step 3 : Turn the bill over again, and fold it into this shape. (It will fold into this shape naturally anyway, because of the creases you made in the previous steps.) Then fold in half, right to left. 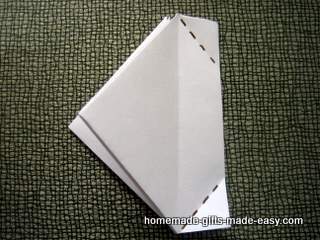 Step 4 : Fold the little corner tabs, along the lines shown. 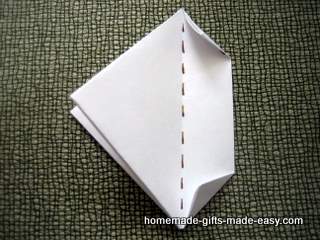 Step 5 : On the left side of the note, there are two big triangular flaps. Fold the top flap to the right, along this dotted line. 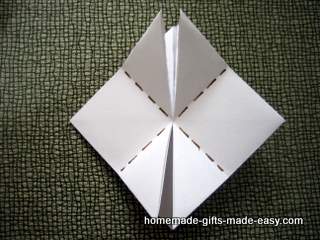 Step 6 : Now there are some loose flaps at the top and the bottom. Fold them as shown. 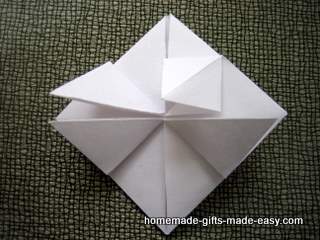 Step 7 : Take one of the little flaps you folded in the last step, and flatten it into a square, like the one on the top-right of this photo. Then repeat with the other three flaps. 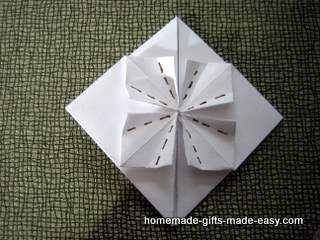 Step 8 : Now you have four little flattened squares. Fold in the edges along the dotted lines shown. 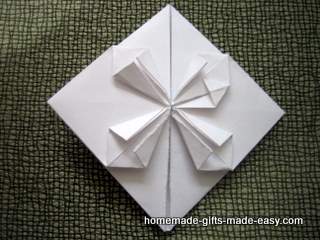 Step 9 : Take one of the little flaps you folded in the last step, and flatten it into a sort of kite shape, like on the top-right of this photo. Then repeat with the other 7 little flaps. 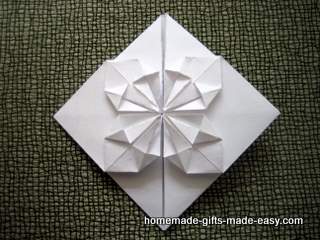 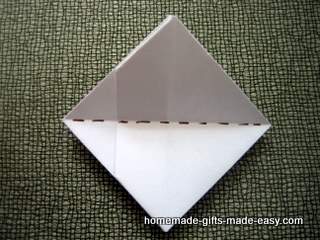 Step 11 : Fold along the dotted line 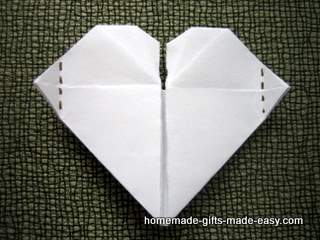 Step 12 : Fold in the side-corners to finish off the heart shape. 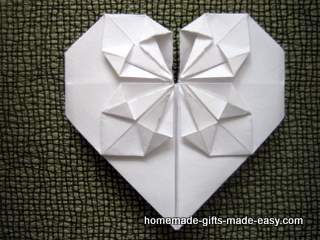 Step 13 : Turn the bill over, and your money origami heart is complete!
How did it go? Did it work? If so, well done! The steps are a bit tricky to explain with pictures, so you did well to follow them :-)

If you ended up with a crumpled piece of paper instead of a beautiful money origami heart, don't despair! Perhaps the video instructions below will make the process clearer for you.

Reader Lianne wrote in to say that she used this design to make invitations for her engagement party, and shared some photos of them. Aren't her invitations gorgeous? Thanks for sending in your photos Lianne! P.S. Lianne says she got the inspiration for the idea at Eat Drink Chic . 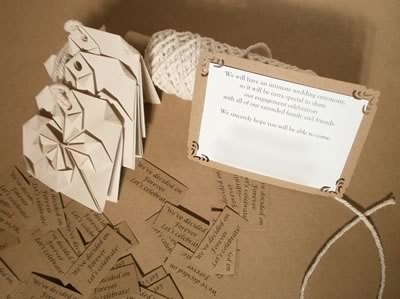 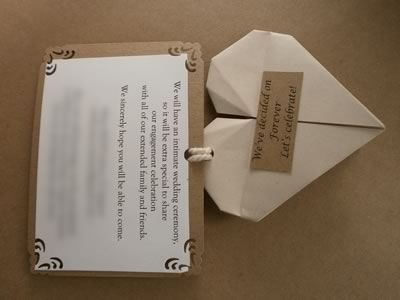 Reverse side of heart 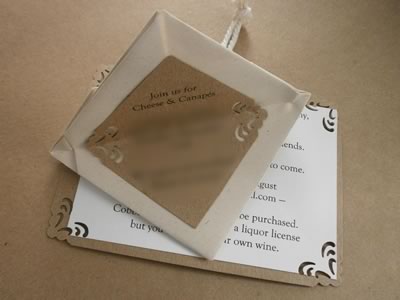 Message inside each heart
Want to make invitations like this? Check out my updated template and instructions for folding the heart from paper instead of money.

A few months on, Lianne wrote in to say she was using the origami heart design again on her wedding invitations. Aren't they beautiful? 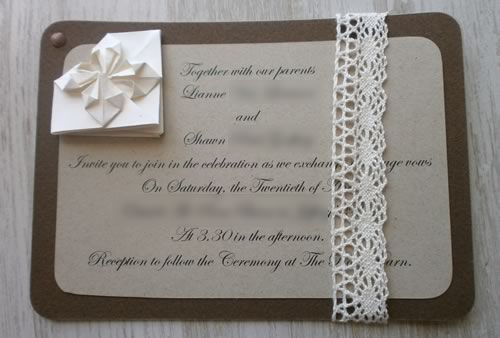 The invitation consists of three cards, the first being the actual invite, then some details, and the third with the directions for to the wedding venue: 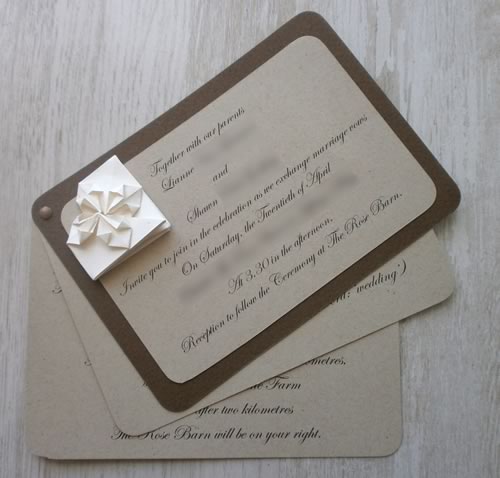 The three cards of the wedding invitation

Thanks for sharing your photos Lianne, and we hope you and Shawn have a wonderful wedding day!

I hope you enjoyed making the decorative money origami heart! Here are some more tutorials you might like: